Based on the acclaimed book 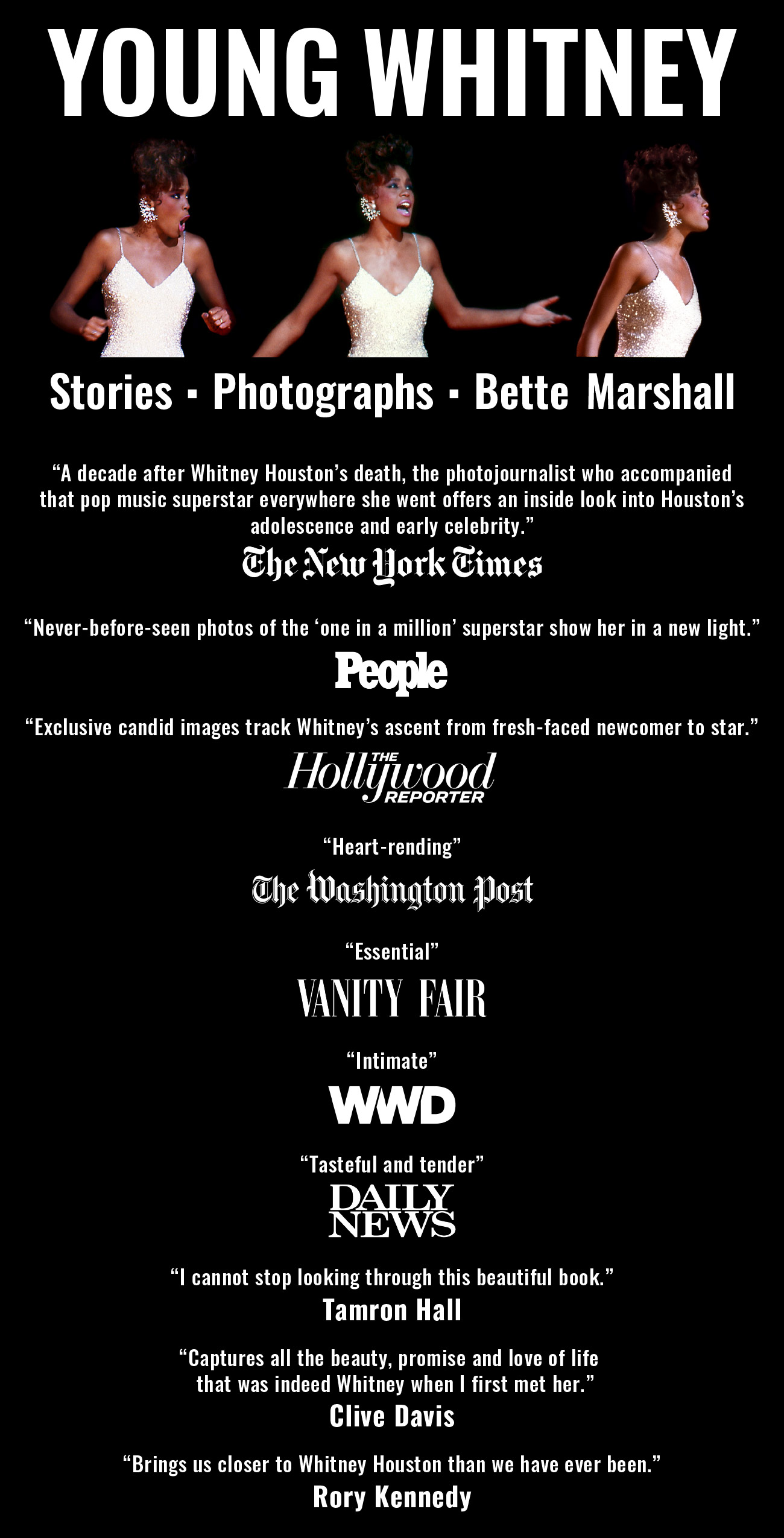 Photographer Bette Marshall has captured some of the most famous faces on the world stage: Queen Elizabeth II, Sir Richard Branson, Willem Dafoe, Robert Downey Jr., Jodie Foster, James Earl Jones, Nelson Mandela, Sarah Jessica Parker–and Whitney Houston. In 1982, after meeting Whitney as an eighteen-year-old unknown, Bette was given unprecedented access by the Houstons to document the young singer's rise to fame. Over the next four years, Bette photographed Whitney at home and in the recording studio; at her first record label auditions and early performances; even in church. This is their never-before-told story.